Letter re: my suspension from UK Labour Party signed by 38 writers & activists

To whom it may concern,
On June 27th 2016 poet Kevin Higgins was suspended from the British Labour Party, of which he is an overseas member in the Labour International CLP (http://www.labourinternational.net/).
Kevin’s offence was, apparently, that he had written satirical poems about several of Jeremy Corbyn’s then critics in the Parliamentary Labour Party. This occurred at the start of the unsuccessful attempt to force Corbyn to resign as Leader in the aftermath of the Brexit referendum.
After receiving what he describes as a “peculiar series of emails” from UK Labour HQ in early 2017,  on March 15th last Kevin wrote to the party’s Governance & Legal Unit informing them that he wished to make a Subject Access Request under current UK Data Protection legislation. Under this legislation the UK Labour Party are legally obliged to disclose to Kevin, within forty days, all documents relating to him in their possession. Nine months later they have yet to respond to Kevin’s request, putting them in clear violation of their legal obligations.
In April UK Labour HQ invited Kevin to be interviewed by telephone about the accusations against him, one of which was announcing on social media that he had rewritten Bertolt Brecht’s poem ‘Ballad of the Soldier’s Wife’ and turned it into a satire on Tony and Cherie Blair. Kevin’s interview was to take place on Tuesday April 18th but was cancelled by UK Labour HQ when Theresa May called a General Election that morning.
Kevin has heard nothing from the UK Labour Party since, though he continues to pay his membership fee and campaigned for the party while on holiday in the UK during the General Election campaign in May.
We think it absurd that someone can remain suspended from the UK Labour Party for eighteen months for the supposed crime of writing satirical poems and call on the party’s Legal and Government Unit to immediately clarify this situation.

For background to this case see here.

UPDATE 3/1/2018 the above letter has been published in today's issue of The Morning Star newspaper and there is also an article about the case which you can read here.

UPDATE 4/1/2018 article about the case in this week's Galway Advertiser.

UPDATE 5/1/2018 I am interviewed about the case on Broadsheet on the Telly. Apologies for bad sound quality on my link, entirely my fault. I am. in some senses. a technological troglodyte. But, in the words of Manuel, "I learn. I learn!" 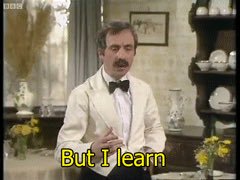 UPDATE 11/1/2018 article about the case on blog of Tony Greenstein of Labour Against The Witch-hunt.

UPDATE 12/1/2018 Letter that's been sent to newly elected National Executive Committee of British Labour Party. When was the last time the ruling body of a major political party discussed poetry? 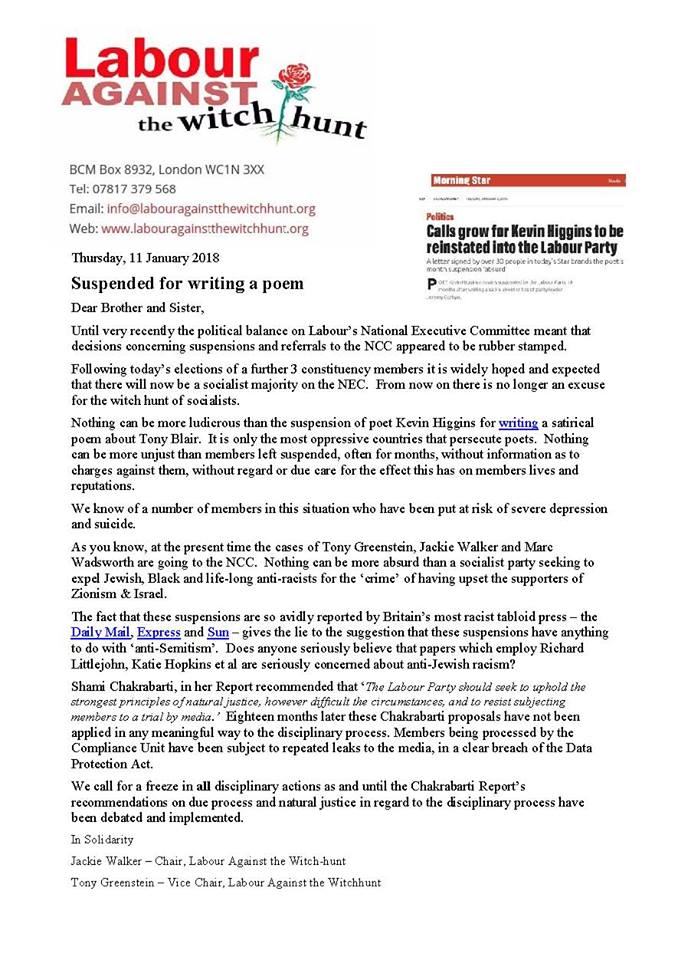 UPDATE 12/1/2018 15.25pm article on Labour Against The Witch-hunt website The Curious Case of Kevin Higgins Suspended for Writing Satire.
Posted by Jonathan Swift at 00:06