A Reason To Leap Ecstatically Out Of Bed: Welsh Author Of Whom I had Until Today Never Heard

“Cancer patients can’t get the drugs they need because they are too expensive.... Wheelchairs are in short supply, families can’t get the care they need for their elderly relatives and yet the Welsh Assembly feels it is morally right to dish out millions of pounds of your money for a few people to propagate a Welsh ‘literary’ agenda that few are interested in, whose books, magazines and pamphlets patently don’t pay their way and most importantly of all, contributes precisely nothing for the overall good of society.” A Welsh author of whom I had until today never heard has claimed this For more http://www.walesonline.co.uk/news/wales-news/2012/07/30/91466-31502019/ 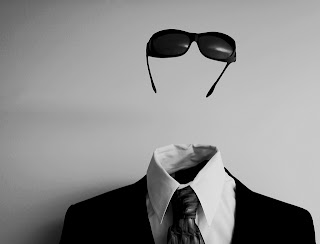 If he was Irish he'd be writing angry letters to the Athlone Independent, phoning Liveline to tell Joe Duffy about how standards have slipped beyond repair and some whiskered toss in Tigh Neachtains pub, Galway would be calling him "outspoken", before getting back to the more important job of killing his whiskered liver.

So, this first day of Race Week here in Galway, I have found a reason to leap ecstatically out of bed: this Welsh author of whom I had until today never heard doesn't live in Galway and I don't have to put up with twitchy little guys telling me that said author has lost the run of himself and then creeping around the corner to tell the man himself that he is speaking home truths. Apologies for the “home truths” cliché but these people always speak in clichés and they are of course by no means all guys; many of them are what Rita Ann Higgins would call “wans”.

I may never have heard of him but, for example, I have heard of (and read) the Welsh poet R.S. Thomas whose publisher Bloodaxe certainly received Arts Council funding for his books. Thomas died in 2000. Welsh author of whom I had until today never heard says “Since the 1950’s there hasn’t been one single Welsh writer of any national or international note to hit the tarmac beyond the Severn Bridge.” So, presumably R.S. Thomas is one of the Welsh writers for whom he has no regard?  Other contemporary Welsh writers with reputations well beyond the Severn Bridge I can think of (without even having had my morning mug of tea) would include Dannie Abse & Robert Minhinnick. Another Welsh poet whose work I’ve been reading lately is Tiffany Atkinson. On this issue the Welsh author of whom I had until today never heard is guilty simply of talking out of the wrong part of his anatomy.

Far more serious is his assertion that there is some link between Cancer patients not being able to access the drugs they need and government grants being given to Welsh writers and their publishers. The amount of government money given to literature in Wales (or indeed anywhere) is a tiny proportion of the overall budget. This money, even if all of it were cut, and all of it were put into the National Health Service would make no significant difference to the treatment cancer patients would receive. To imply that it would is simply propaganda of the lowest sort.

His concern for cancer patients I do not buy. His dislike of other Welsh writers, on the other hand, appears to be very real.
Posted by Jonathan Swift at 02:45 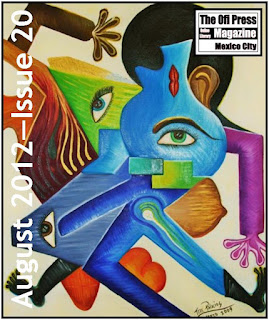 I have a new poem, titled Autobiography, just published in The Ofi Press Magazine - International Poetry and Fiction from Mexico City. http://theofipress.webs.com/poetry.htm
Posted by Jonathan Swift at 03:18

I have a letter in today's Galway Advertiser. I rarely write letters to the local newspapers these days. The letters pages are typically so littered with cranks that, well, most of the time I'd rather not go there.


I even have a poem satirising the compulsive writer of letters to the editor. You can read it in issue one of the recently revived online Burning Bush, edited by Alan Jude Moore. http://burningbush2.com/contents-3/kevin-higgins-two-poems-2/


I made an exception and sent this letter in because I consider the issue an important one. http://www.advertiser.ie/galway/article/53829/hospital-arts-trust-deserves-every-penny-it-gets For more about the arts progamme administered by Galway University Hospitals Arts Trust
http://www.artsandhealth.ie/2012/04/20/galway-university-hospitals-celebrates-a-morning-of-poetry/print/
Posted by Jonathan Swift at 00:00 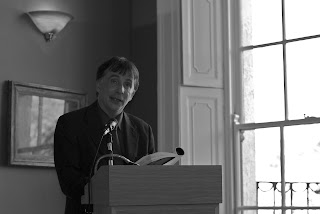 I am interviewed by Conor Harrington in today's Galway Independent. He talks to me about my new book; about teaching creative writing; about politics; about begrudgery and, well, click on the link below and read for yourself.

"London-born writer and poet Kevin Higgins is a firm believer that there is a direct link between politics and writing..." http://galwayindependent.com/stories/item/3275/2012-30/Kevin-Higgins---Writer
Posted by Jonathan Swift at 01:23

Fundraiser Reading For The Abandoned Darlings

A night of entertainment with MC Pete Mullineaux and readings by
EVA BOURKE, KEVIN HIGGINS and NUALA NI CHONCHUIR
followed by an OPEN MIC session (for you, yes YOU, to strut your stuff on stage!), and LIVE MUSIC from Christian Wallace and Sea Area Forecast: 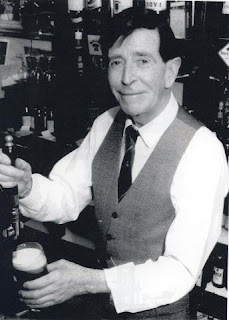 I've just heard that Nicholas, the legendary barman at Garavan's on Shop Street in Galway, died last Friday. Nicholas was a true original. It was from him that I borrowed the last two lines of my poem 'A Real Galwegian' which you can read here http://www.virtualwriter.net/vw_content.aspx?id=9050

The poem features in my 2005 poetry collection The Boy With No Face which can be purchased directly from the Salmon Poetry site here http://www.salmonpoetry.com/details.php?ID=108&a=108

Funeral arrangements for Nicholas Killoury - Reposing at the Holy Family Funeral Home, Mervue from 6pm on Monday, July 23rd with removal at 7pm to the adjoining church. Funeral mass on Tuesday, July 24th at 11am followed by Burial the New Cemetery, Galway. http://www.rip.ie/death_notices_detail.asp?NoticeID=169267
Posted by Jonathan Swift at 07:21

Email ThisBlogThis!Share to TwitterShare to FacebookShare to Pinterest
Labels: A Real Galwegian, Garavan's Bar, Nicholas Killoury, RIP, The Boy With No Face

I have two new poems in the just published latest issue of The Burning Bush II
http://burningbush2.com/issue-three-2/kevin-higgins/
Posted by Jonathan Swift at 15:44