Two poems on Irish Left Review: 'The Man Whose Middle Name Is Against' & 'What To Do With The Knowledge'

I have two poems just published on Irish Left Review.

'The Man Whose Middle Name Is Against' takes a subtle look at the psychopathology of an Irish anti-abhortion campaigner; while 'What To Do With The Knowledge' is about the secrets people try to keep. 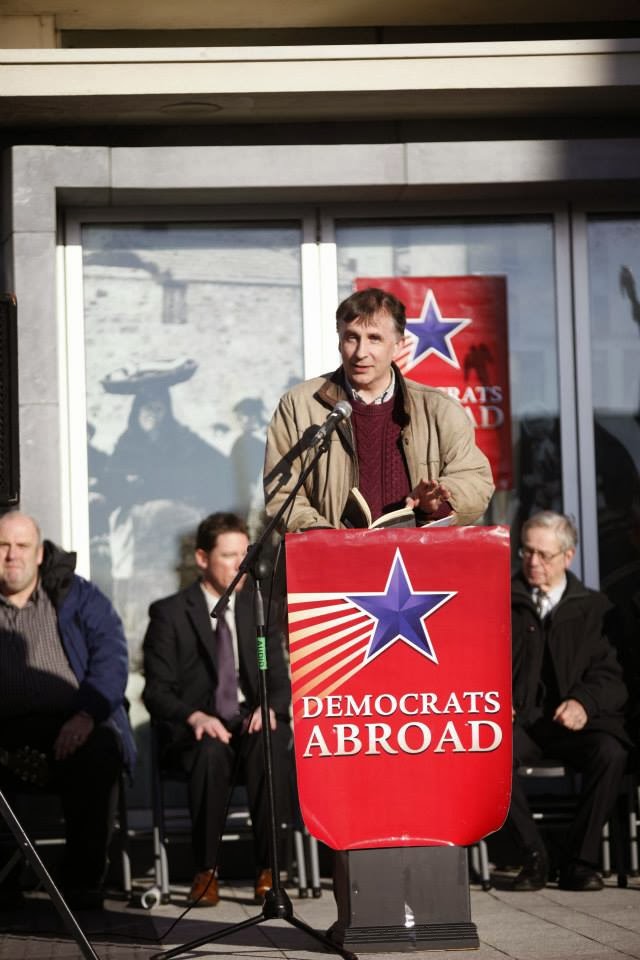 Lament for a Latter Day Progressive

My poem 'Lament for a Latter Day Progressive' is just published on the often controversial U.K. based current affairs website Harry's Place.

It was inspired by Ernest Hemingway's short poem 'The Earnest Liberal's Lament'. 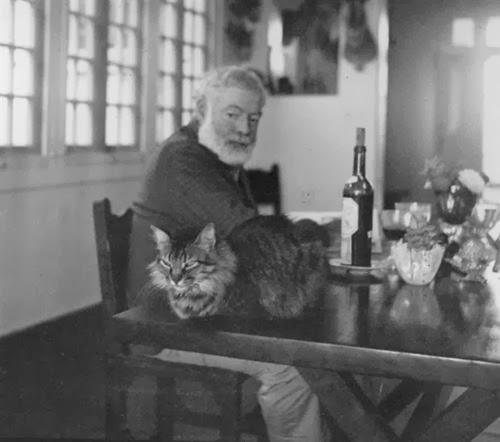 Here is a progressive. Approach with caution. 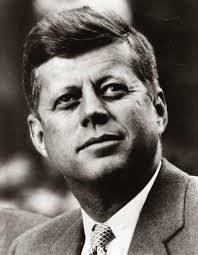 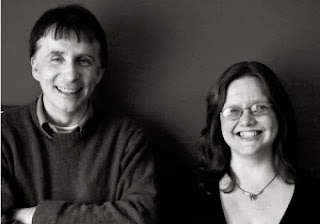 Myself and Susan will be reading a couple of poems at this event on Friday November 22nd.


"Join Democrats Abroad Ireland next Friday, November 22nd in Galway as we mark the 50th anniversary of the tragic passing of John F. Kennedy - a great President, a great Democrat, and a Son of Ireland.

We [Democrats Abroad] will conduct a memorial service on the afternoon of the 22nd of November 2013 at 1:00pm in the plaza of the Galway City Museum.

Addressing the gathering will be Rev. Harcourt Klinefelter, former Aide to Dr. Martin Luther King Jr. and Assistant Director of Public Relations to the Southern Christian Leadership Conference (S.C.L.C) from 1965-1969. Rev. Klinefelter will speak to John F. Kennedy's contribution and support of the civil rights movement and the overall legacy of his administration and family.

Also participating in the memorial service will be the colour guard of the Irish United Nations Veterans Association, readings from Irish and American poets Kevin Higgins and Susan Millar DuMars, and a reflection by Larry Donnelly, Lecturer at NUI Galway, former legal counsel of Democrats Abroad Ireland, and a Boston native. Democrats Abroad Ireland is proud to be conducting one of the first memorial services in the world on the anniversary of such a historic day. 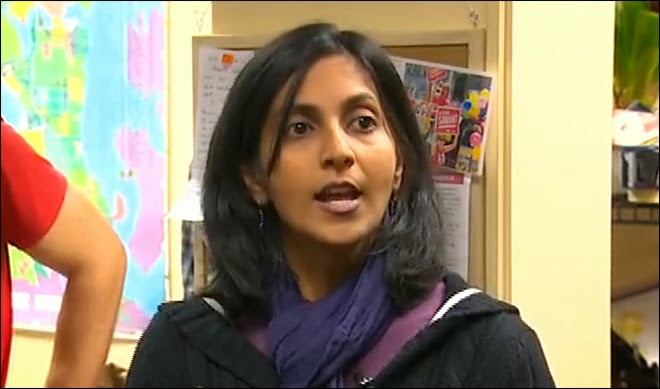 Kshama Sawant, an economics lecturer at Seattle Central Community College and a member of the Socialist Alternative Party, appears now to be certain to win a seat on Seattle City Council. She has edged ahead of a long serving Democrat who no doubt deserves his defeat.

It is the first time in at least a century that a Socialist candidate has won a seat in Seattle and Fox News are getting suitably excited.

To clarify: many people claim to be socialists. Emmet Stagg thinks he's a socialist. But the less said about him the better. And Joanna Tuffy thinks she's a socialist; although in that case I use the word 'think' in the loosest possible sense. The Republicans regularly accuse President Obama of being a socialist. But then they also say the same of pretty much anyone a little to the left of the late great Barry Goldwater.

Kshama Sawant, on the contrary, is actually a Marxist revolutionary. For example, she has called for one Seattle based company, Amazon.com, to be taken into public ownership i.e. collectivised Bolshevik style. This is a thought no member of the Irish Labour Party would allow themselves, even during a dark sexual fantasy featuring a young Eamonn Gilmore.

Socialist Alternative is the American sister party of the Irish Socialist Party (Militant Tendency as was) of which I was a member of for twelve years until 1994. It would be fair to say that I have, over the past few years, uttered the odd savage word about the political group of which I was for so long a member.

Today though is a day to celebrate. Whatever else it is, Kshama Sawant's victory is also a most beautiful kick in the soft bits for the Stephen Collins/Fintan O'Toole school of mad moderation. I dedicate this poem below, about socialist hopes from another era, to Kshama Sawant in this hour of her impending victory.

Ode To The Russian Revolution


Not the continent of tractor factories


you became. Nor the photographs of those


But the banners made of bed linen


at an old man’s shout of “Down with everything!”


on a street packed with serious talk.


Another man vanishing into the morning


with some odd vases of valuable porcelain.


The high white letters of the crowd’s


new sounding slogans, as they move


around the corner on their way

from FrighteningNew Furniture (Salmon Poetry, 2010)
Posted by Jonathan Swift at 16:09

Email ThisBlogThis!Share to TwitterShare to FacebookShare to Pinterest
Labels: Kshama Sawant, Ode To The Russian Revolution 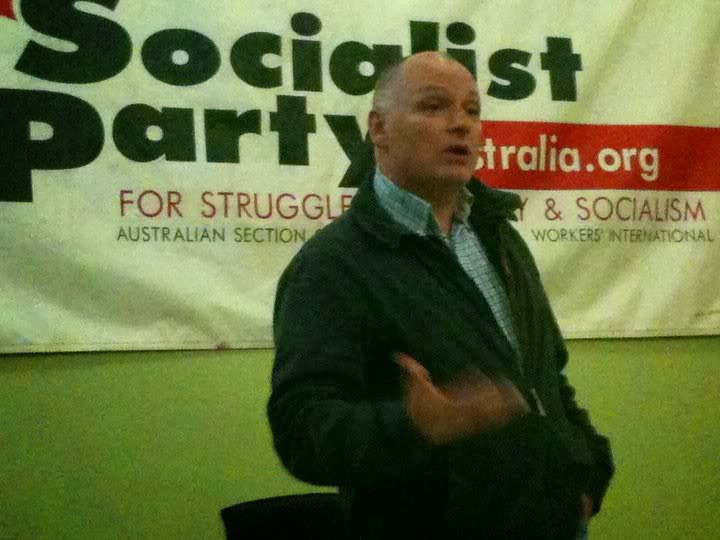 My poem 'Dear General Secretary' is published in issue 16 of Wordlegs.com.

Email ThisBlogThis!Share to TwitterShare to FacebookShare to Pinterest
Labels: wordlegs.com 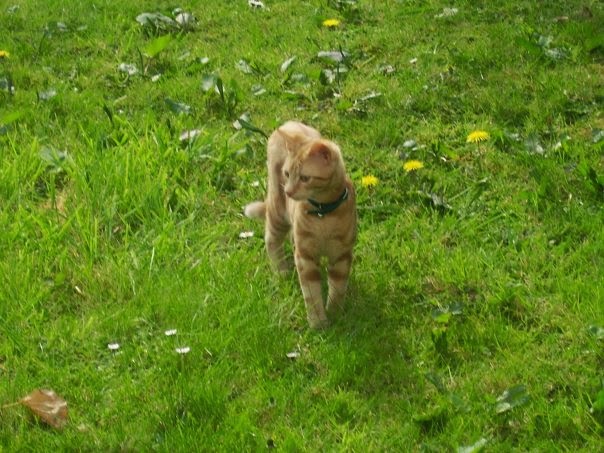 "I had been expecting at this time to be issuing a statement endorsing the candidacy of Kiran Emrich, the People Before Profit (aka Socialist Worker) candidate for Galway City Central Ward. Kiran Emrich seems  a most charming young man and though his proposal to replace Galway Cathedral with a similar sized statue of Dette McLoughlin always disturbed me a little, I did expect at this time to be urging my supporters to cast their first preference votes for Kiran Emrich.

Until recently, the Galway City Central People Before Profit branch was largely, when it came to local elections, a case of Councillor Colette Connolly of Labour by another name. But now, like Ernest Rohm and Adolf Hitler before them, they have tragically fallen out. You can read about that here. When I heard this news I shed the smallest tear and visited my litter box for a particularly vigorous session.

I have long been convinced that I am Councillor Colette Connolly's intellectual superior, so I can not endorse her candidacy. Given this and the ongoing petition-signing idiocy of Galway City Central People Before Profit's leading member, I have decided to put myself forward as a candidate for Galway City Council in City Central Ward.

I have no policies at all but loads of charm. And more common sense than either of the above mentioned candidates. Of me it can be truly said, that you the voters of Galway City Central Ward can be sure that I will not sign petitions in support of every whiskered crank who thinks the City Council and Government owe them grant after grant after grant.

Below is a video which shows that I am candidate who knows his own mind.
I am urging my supporters to all give their second preferences to Councillor Billy Cameron of the Labour Party."

This message is approved by Ziggy-the-cat-for-Galway-City-Central-Ward-2014
Posted by Jonathan Swift at 09:37

Next Week To Switzerland: The Place Bolsheviks Used To Escape To

I am going to Basel in Switzerland next week to talk about Over The Edge and my own writing; to give a workshop and also to read some poems.

Here is a report on my visit in the current issue of The Basel Journal.


"As a youth, Higgins started out as a political activist in London, fighting for egality and justice from the left of the mainstream. In the 1990s, he settled in Galway where he has become somewhat of a literary activist fighting for the right of everybody to engage in creative writing. A rebel by nature, he revolutionised the literary scene in Galway, not to the delight of all writers and literati. But by now literary Galway would be unthinkable without Kevin Higgins.


Higgins will teach a workshop at the Basel English Seminar. Also he will hold a lecture at the GGG Library Basel West. Further he will extend the Galway tradition of “Kitchen Readings” to the big kitchen of Basel author Esther Murbach, reading some of his poetry.


Schedule of events with Kevin Higgins in November:


Thanks to the Irish Embassy in Switzerland for their support of the event.

Swizerland has often been a refuge for exiles, though I am not planning to go into exile there, unless things take a serious turn for the worse in the next couple of days.

In 1916 an important, though extremely small conference of anti-war socialists and radicals took place in the Swiss town of Zimmerwald. 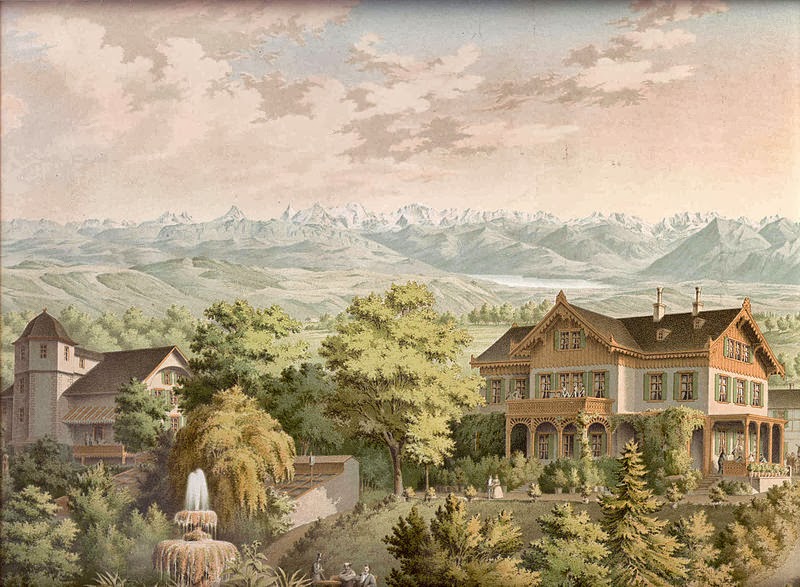 A lithograph of the Hotel "Beau Séjour" where the conference delegates stayed.

In 1903 the sixth Zionist Congress took place in Basle and the twenty three year old Leon Trotsky attended, as a not at all supportive observer. Afterwards he wrote predicting that the movement would come to nothing. Ah well, you can't be right all the time.
Posted by Jonathan Swift at 05:08