I've been asked to read my poem 'Irish Air: Message from the CEO' in Eyre Square on Saturday. 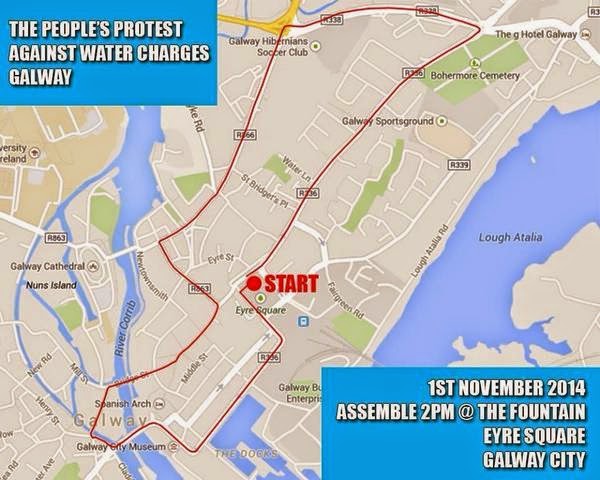 I've been asked to read my poem 'Irish Air: Message from the CEO' in Eyre Square on Saturday.
Posted by Jonathan Swift at 03:46

Just found out that one of my poems was quoted in this Tuesday’s edition of the UK based national daily The Independent by John Rentoul, the newspaper’s chief political commentator.

“There is a fine poem about conspiracy theorists by Kevin Higgins at Harry's Place. I especially like the closing lines:

He himself is actually


by US special forces


during an otherwise enjoyable meal


in a Chinese restaurant

Irish Air: Message from the CEO 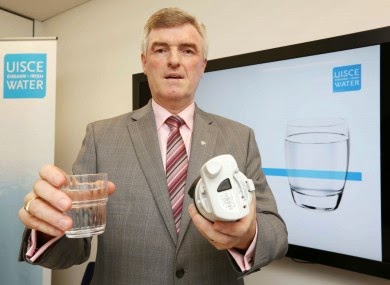 My new poem 'Irish Air: Message from the CEO' is just published on the website of Clare Daly TD.

The poem was, in a manner of speaking, commissioned by Rhona McCord, who works in Clare's office. Rhona sent me a message last week asking where my poem in support of the anti-water charges campaign was?

Well here it is.

I dedicate it to Irish Water's CEO, John Tierney, god rest him.
Posted by Jonathan Swift at 19:27

'The Language of Globalization in Contemporary Irish Poetry'

The new issue of Studi irlandesi.A Journal of Irish Studies contains an extended essay titled 'The Language of Globalization in Contemporary Irish Poetry' by Benjamin Keatinge.

Magazine editor Monica Randaccio says this of Keatinge's essay in here introduction to the issue:

responded to the changing socio-economic realities of Irish life since 1990. He


states that several Irish poets have written persuasively about the dangers of consumerism
and, in order to do so, they use the language of marketplace and the
vocabulary of contemporaneity, which they usually satirise. According to Keatinge,
political and social satire has enjoyed something of a revival in Irish poetry recently
and one of the characteristics of good satire is to use the vocabulary of received
ideas in order to mock those same ideas. At the same time, globalisation and the
modern economy have led to profound transformations in lifestyles and these
poets have had to find a language to describe new modes of existence, reflecting
the globalised social reality in the twenty-first century. Through an examination
of themes such as work, consumerism, the encroachment of cyber-space and
changing urban lifestyles, Keatinge demonstrates how Irish poets have risen to the
challenge of finding a language to capture what Zygmunt Bauman terms “liquid
modernity”. Therefore, the late Dennis O’Driscoll, Rita Ann Higgins, Peter Sirr,
as well as Billy Ramsell, Kevin Higgins and Iggy McGovern, provide excellent
examples of how poets can turn the language of globalisation into a critique of
globalisation’s economic hegemony."
."
And here's what Benjamin Keatinge has to say about me, or rather, about my poetry:


“Another Galway-based poet with a distrust of the “Big Boys” is Kevin Higgins, author of four volumes which mingle reflections on his own brand of left-wing politics with several state of the nation poems alongside satires of political mismanagement and corruption. Born in England, Higgins’ family returned to Ireland in 1974 when he was seven to live in Galway and Higgins experienced the worst of 1980s recessionary Ireland as well as the upheavals of Thatcher’s England. His take on the Celtic Tiger and its aftermath is predictably acerbic. The sanitized, politically-correct Ireland of recent times is described in the 2010 volume Frightening New Furniture as “this minimalist spaceship / where people just sip their decaffeinated water / and listen to David Gray” (2010,21). The poem “That Was My Country” from the same volume, displays an ironic nostalgia for a less (or possibly more) wholesome Ireland: “When there was planning permission / for anything and morning / was breakfast baps and gravel / going back that road by the truckload” (2010, 24). Higgins’ poetry presents the poet’s persona as a self-deprecating, aging radical whose memories of political counter-culture from the early 1980s cannot help but cast in a negative light the new, insipid but superficially improved Ireland of more recent years.”
Posted by Jonathan Swift at 02:54