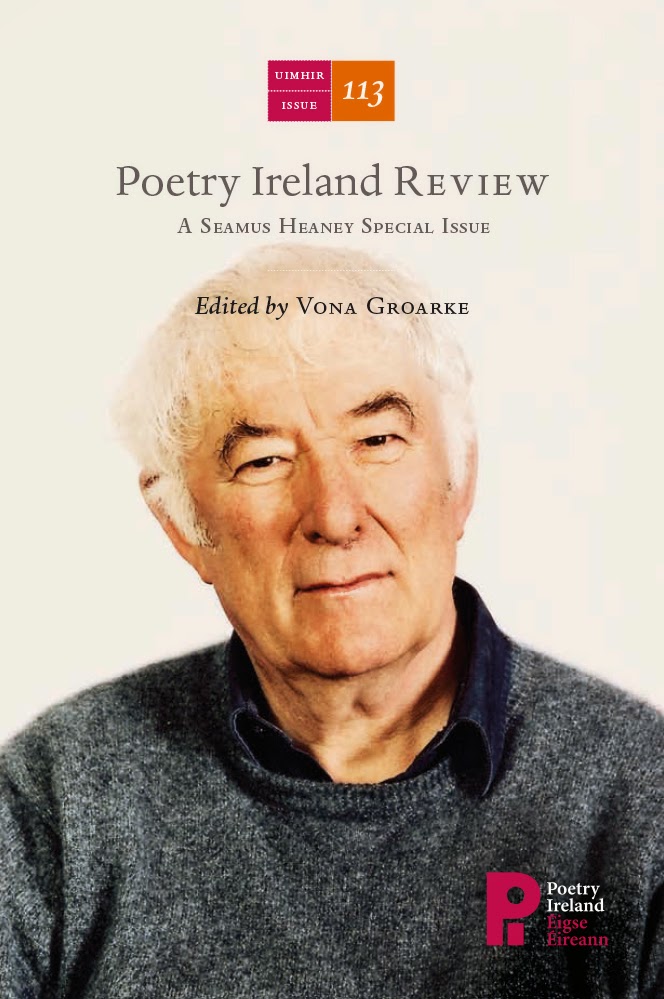 I'm off to Dublin tomorrow to attend the launch at the Shelbourne Hotel of the new issue of Poetry Ireland Review which is a Seamus Heaney Special Issue.

"Minister for Arts, Heritage and the Gaeltacht, Heather Humphreys TD will launch this special edition, which contains 46 poems by Seamus Heaney with essays on the poems from 50 distinguished poets."

I am one of those distinguished poets. I knew I'd be distinguished eventually. During the bus journey back to Galway tomorrow evening I'll go back to being under-appreciated in my own time. But until then, I'm distinguished.
Posted by Jonathan Swift at 13:48

Our movement will be henceforth called Death to Bruce Forsyth 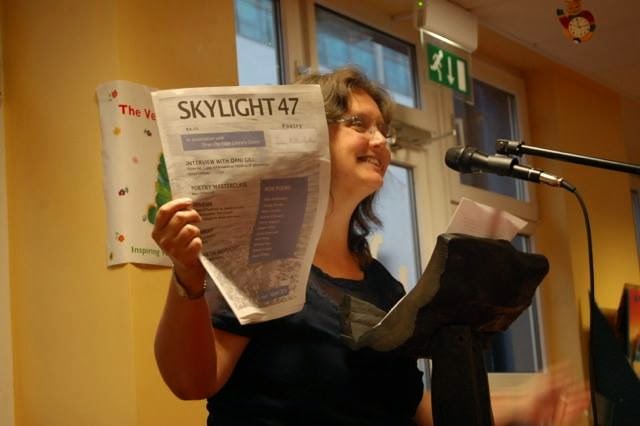 I have a rather elaborately titled poem, 'Manifesto of The Last International: Address To The Men and Women of Waterlooville, May 2014', in the just launched issue 4 of Skylight 47. The poem is my attempt to update Leon Trotsky's 1938 Transitional Programme. Traditional values in a modern setting, and all that. It was written one night with a little inspiration and editorial advice from a Mr Darrell Kavanagh and a Mr Quincy Lehr.

The first thing was to decide what our new political movement should be called, going forward, as we prepare to lead the toiling masses to power. And thus it was: "Our movement will be henceforth called / Death to Bruce Forsyth."

The issue also includes many fine poems; an interview with Dani Gill, Director of the Cuirt International Festival of Literature; a poetry masterclass with Mary O'Donnell; an opinion piece by Pat McMahon; and reviews of Maeve O’Sullivan by Noelle Lynskey, Billy Ramsell by Tom Lavelle, and Jean Kavanagh by Breda Wall Ryan.

You can purchase the magazine here.
Posted by Jonathan Swift at 12:42

Email ThisBlogThis!Share to TwitterShare to FacebookShare to Pinterest
Labels: Manifesto of The Last International: Address To The Men and Women of Waterlooville, May 2014, Skylight 47

The Spirit of George Lansbury

One time leader of the British Labour Party, George Lansbury, was a decent man and a hero to many. Avenues and side streets all over London are named after him. On one issue, though, Mr Lansbury was entirely deluded; he believed that he personally could talk Adolf Hitler down. If only he could get Herr Hitler to properly understand the Christian socialist message, Lansbury was confident that World War II could be avoided.

The forces which, in the end, took the Nazi regime down included the very imperialist British Empire, under the leadership of Winston Churchill, the United States of America, and the very undemocratic Union of Soviet Socialist Republics under the leadership of one Mr Stalin. No doubt, if they had been around at the time, the Stop The War Coalition would have described the cobbled together alliance which overcame the creators of Treblinka as a hypocritical one. And it was. Although perhaps not quite as hypocritical as some of the alliances in which the British franchise of the Socialist Workers Party - the main driving force behind the Stop The War Coalition - tends to get itself entangled.

I re-dedicate my poem, 'The Eternal Peace Activist', published last year, to the spirit of George Lansbury and to all those who pretend to believe that the beheaders can be reasoned with, or wished away.
Posted by Jonathan Swift at 16:50

I don't have a vote in the Scottish independence referendum on Thursday. I have only ever been to Scotland once, in March 1989, when I attended the anti-Poll Tax demonstration that took place in Glasgow just before the tax was introduced in Scotland, a year before we got it in England and Wales; I was living in London at the time.


In a sense, the Scottish referendum is not my business. If it was, I would have been leaning towards a no. But then the campaign. Oh my. Too much terrible to go into here. But, to zoom in for a moment, George Galloway and Henry Kissinger both coming out for a No. To prove their commitment to the union George and Henry should make love (to each other) in the middle of Sauchiehall Street, with Henry, naturally, taking the active role. Afterwards Garry Glitter and Cilla Black would make one final, impassioned appeal for a No vote... Only in the event of such nightmares coming true, could the No campaign actually get worse. If I was a No voter now, the No campaign would make me want to kill myself before polling day.


And now Bob Geldof has weighed in. To speak his own language, what an orsehole.

It's set me thinking. Perhaps the Republic of Ireland should give enforced independence to South County Dublin. Think of it, no more orseholes talking in thot occent. No more Bono, or Sir Bob, or all the other Ross O'Carroll types. They could live in their own little country of South County Dublin, with a permanent Fine Gael majority government, fly the Union Jack all they want and go for endless walks on the sea front at Kingstown. 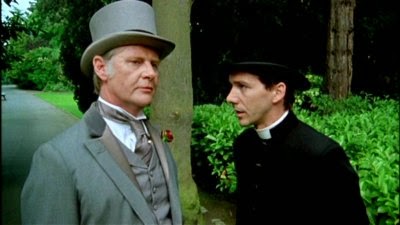 Apologies to the people of Scotland for Bob Geldof's jaded ramblings. He represents no one in Ireland. When you vote on Thursday, as my mother used to say, don't mind that fella.
Posted by Jonathan Swift at 07:16

A Suggestion Regarding The Repeal The 8th Amendment Campaign 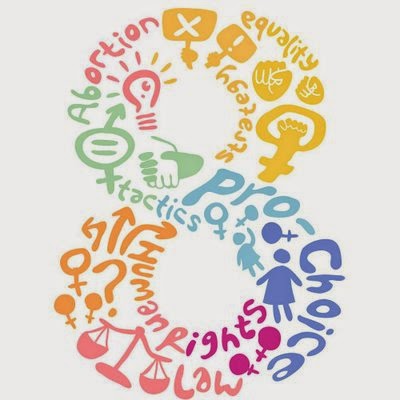 The Repeal the 8th Amendment Campaign held what was, by all accounts, a lively and very well attended conference in Dublin yesterday.

The campaign will heat up considerably in the Autumn, which of course is already here. It's a crucial issue and one on which the forces of darkness, cowardice, and silliness - those responsible for Ireland's absurd abortion laws - simply must be overcome.

My suggestion is this: wouldn't it be great if there was an anthology of poems, stories, novel extracts, and maybe some non-fiction openly in support of the Repeal the 8th Amendment Campaign.

My suggestion regarding a title for such a book is that it should simply be called 'Repeal'. To have the desired campaign supporting effect, it would need to be put together over the next few months and perhaps published just before Christmas or, perhaps more realistically, in the early New Year.

There is a precedent. In 2003, just before the invasion of Iraq, The O'Brien Press published the Irish Writers Against War anthology, which included poems, stories, novel extracts, and non-fiction by over forty Irish writers, north and south, many of them very prominent.

The publicity around the publication of a similar anthology on the issue of abortion would be very useful to Repeal the 8th Amendment Campaign.

I'm not in a position to bring this about. But if it such an anthology of work by Irish Writers For Repeal of The 8th Ammendment were to come into existence, both myself and my wife Susan would actively support and promote it in every possible way.

What do people think?
Posted by Jonathan Swift at 12:22

You have made a public statement (via your Facebook page) which in my view in effect advocates less spending on the Arts, particularly in the context of hospitals where Arts and Health initiatives have been increasingly popular. You have gone further in additional comments on your own Facebook post and clearly said that you think that money which should have been spent on patients' treatment, is being spent on the arts.

A huge amount of good work has been done in the Arts and Health area with, on the scale of things, very little money. I have considerable experience of this myself, having work as Writer-in-Residence with Galway University Hospitals Arts Trust since 2007.

I think a full public debate of these issues would be beneficial.

I would be willing to publicly debate this and all related issues with you at a time and location that suited you. Interested members of the public would be invited to attend and ask questions. I am sure that we could between us find a neutral chairperson.

I very much hope that you will take up my invitation to publicly debate these issues.

Post by Nuala Nolan.
Posted by Jonathan Swift at 06:45