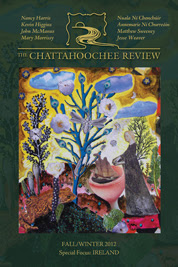 Barrett Warner has an extensive essay-review of my most recent two books, Frightening New Furniture & Mentioning the War: Essays & Reviews (1999-2011) in the special Irish issue of the Georgia based literary magazine The Chattahoochee Review.

It's titled 'A Completely Normal Life: A Look At Irish Author Kevin Higgins'.

Copies of the magazine can be purchased here
http://thechattahoocheereview.gpc.edu/subscriptions.htm

Cassandra (pictured) and yours truly have something in common. I agree, yes, that she had a far better dress sense that I do. That's not it. She was the figure in Greek mythology who was gifted with being able to tell the future. She was also, however, cursed so that none of her predictions, or those of her descendents, would be believed. ﻿She was not usually the bearer of good news.

This post is to mark the occasion of the death of the political marriage between the Socialist Party and the Socialist Workers Party (in the United Left Alliance). The divorce was announced last evening with the following emission from the immense brain of Socialist Party General Secretary and all round minor, international god, Kevin McLoughlin http://www.rte.ie/news/2013/0126/364685-ula-socialist-party/

Below is  a link to the poem in which I predicted, two years ago, that this marriage would indeed be temporary. I have to say that, at the time, I thought the SWP would be first to leave. But there you go.

I wish Clare Daly and Joan Collins well and am sure that they'll continue to do the really great job they've been doing as TDs of late.

The poem can be read here http://hurryupharry.org/2011/02/12/against-togetherness 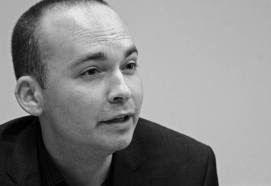 Paul Murphy, Member of the European Parliament for Dublin.

Paul Murphy is an esteemed member of the European Parliament, having replaced Joe Higgins on behalf of the Socialist Party when Joe was re-elected to the Dáil in February 2011. He is also what my late Mother would have described as a grand young lad, and a passionate young lad at that. He is widely acknowledged as having given some fine performances during the debates on the Austerity Treaty last May. Less impressive was his slovenly showing at the Socialist Party press conference early last September, hastily convened with the sole purpose of condemning Clare Daly, who until the previous day had been his comrade, to enternal damnation. Though, no doubt, his Smithers impression that day will further his rise in the Socialist Party, as it left no doubt that Murphy is a safe pair of jaws on which Party guru and Bob Dylan fan, Kevin McLoughlin, can absolutely rely.

Yesterday should have been a proud day for Murphy's Socialist Party fondlers, as young Paul used the Facebook events page for his upcoming EU Presidency Counter Summit [http://www.facebook.com/events/389726094455421/] to take his first brave step into the dangerous world of literary criticism. Young Murphy audaciously zoomed in on my poem, Austerity Mantra. Specifically, it was the Greek translation by Lina Sipitanou which had him exercised.

Paul Murphy took time out from his honerous, brow creasing duties, as a Member of the European Parliament, to pose the question: "Haven't the Greeks been through enough without having this [Lina's translation of my poem] inflicted upon them......" His judgement is, it goes without saying, entirely objective and not at all influenced by recent political developments.

It's believed that on hearing of his protegé's bold departure into the world of poetry criticism, Socialist Party General Secretary, Kevin McLoughlin, shed a small, proud tear.

But then Murphy went and ruined the moment when, in a moment of Menshevist weakness, he deleted the above quoted comment. A statement is expected any moment now from the Socialist Party.

Austerity Mantra will feature in my next poetry collection, The Ghost In The Lobby, which will be published in March of next year by Salmon Poetry. It will contain many other poems which young Murphy may find of interest.
Posted by Jonathan Swift at 17:43

Email ThisBlogThis!Share to TwitterShare to FacebookShare to Pinterest
Labels: Austerity Mantra, Paul Murphy MEP, The Ghost In The Lobby

My unfortunately still topical poem Austerity Mantra has been translated into Italian by Fabio Barcellandi and published (alongside the English language version) in the latest issue of the Italian cultural online magazine L’Olandese Volante.

It was previously translated into Greek by Lina Sipitanou and published in the Greek online poetry journal Poetica.net
Posted by Jonathan Swift at 13:46 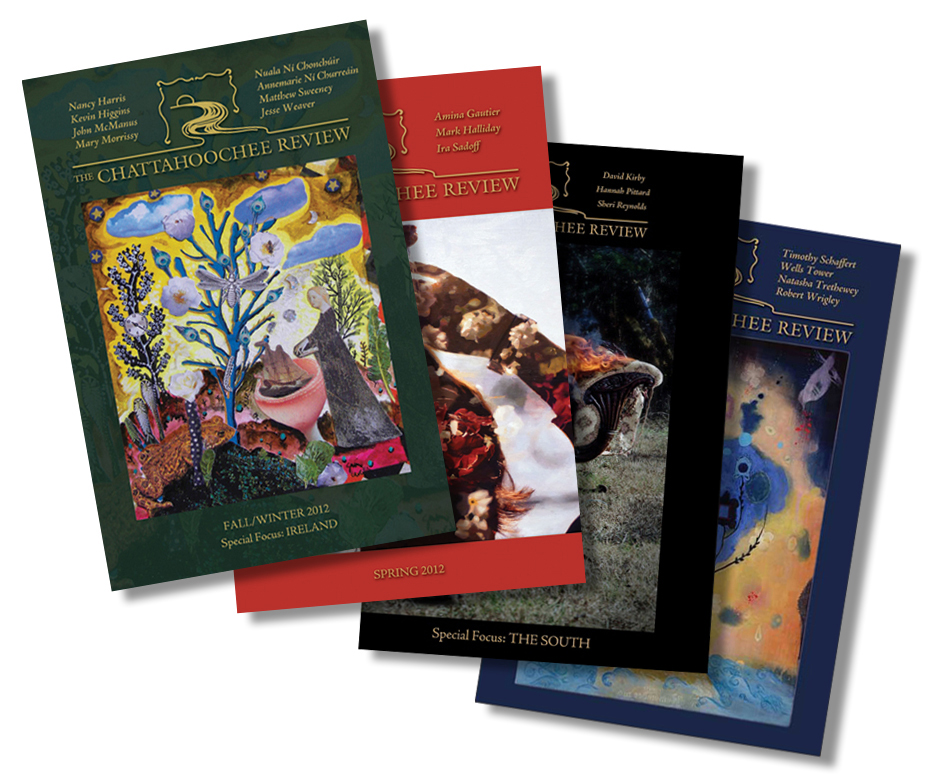 I have two new poems (and there is a review of my work) in the special Irish issue of The Chattahoochee Review, which is, I believe, on its way in the post to me as I type. The magazine is published by Georgia Perimeter College in the United States. The Chattahoochee's slogan is "Exporting the South. Importing the World."

"Although our roots are in the South and we publish important writers such as William Gay, George Singleton, and Natasha Trethewey, we also publish writers from other regions of the U.S. and other countries such as China, Denmark, France, and Mexico. We are committed to exploring literature in translation and to writers who transgress borders, cultural and otherwise. While the Review features poetry, fiction, nonfiction, interviews, reviews, and occasional graphic work, we are also open to nontraditional forms. We value established writers but take great pride in discovering new voices. Work from The Chattahoochee Review is regularly featured in nationally published anthologies and books."

To subscribe or find out more about the magazine see http://thechattahoocheereview.gpc.edu/about.htm
Posted by Jonathan Swift at 14:32 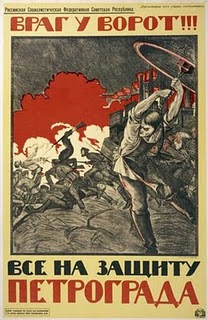 The Socialist Workers Party in Britain is in a state of crisis so profound that it makes Eamon Gilmore’s troubles following the resignation of Róisín Shorthall and the expulsion from the parliamentary Labour Party of party Chairman, Colm Keaveney, look like a picnic by the river on the warmest Sunday in August. The crisis has been provoked by an allegation of rape and sexual harassment against Martin Smith, the party’s former National Secretary.

The now former Socialist Worker journalist, Tom Walker, explains here why he has resigned from the party. Tom Walker says, among other things that: "The disputes committee [of the Socialist Workers Party in the U.K.] should never have been allowed to investigate and rule on a rape accusation, under any circumstances, period. The case should have been investigated by authorities competent to do so."

“Authorities competent to do so” can only mean, in this case, the police and the courts. The problem here is that the SWP leadership in the U.K. (and it would be no different in Ireland) put themselves above the state, consider themselves to be superior to it. In power this would mean the one party state and everything that goes with that. If the SWP leadership had wanted to be rid of Martin Smith they would be equally capable of using such complaints (even if they were entirely false) as a means of getting rid of him. This of course leads to the uncomfortable conclusion that both the alleged victim and the alleged perpetrator are more likely to get more justice (if not by any means always total justice) from the police and the courts than they are from the internal disputes committees of parties such as the SWP and, indeed, the Socialist Party. Both parties are perfectly capable of covering up for a rapist if it was politically convenient for them to do so and both are conversely capable of using false allegations (of rape, embezzling money, you name it) to remove people they want removed. Or to justify their removal after the fact.

When I posted a comment to this effect on Facebook last evening it provoked the following comment from comrade Breege Burke of Galway Socialist Workers Party.

“That's a disgusting and defamatory allegation., Kevin Higgins. You've taken it upon yourself to vilify the SWP and you have a vendetta against some of the members - for reasons I can only begin to fathom. Why would a 'poet' - who loses no opportunity for self-promotion, set himself up as 'the' nemesis of the revolutionary left in Galway? And more importantly, for whose benefit? Who and what benefits when the revolutionary left i.e. the working class, is damaged? The enemies of the working class? Yup. Vultures, predators...capitalists - laughing all the way from the poetry reading. Perfect for an ambitious careerist.”

In a subsequent comment Ms. Burke went on to say: “I'm a revolutionary socialist first and foremost: whatever damages the prospect of a revolution damages the working class. I get 'worked up' when I see enemies of the revolution...jumping on the bandwagon to throw mud at the party that I consider to be as close as it is possible to get to true agents of a genuine, heartfelt, passionate revolutionary force...
I should point out at this stage that my relationship with Galway Socialist Workers Party has degenerated somewhat over the past decade. In June 2005 Dette McLoughlin of Galway SWP was present at mine and Susan’s wedding in Galway Arts Centre. In October of that year I did a poetry reading at an SWP branch meeting which also featured a talk on Shelley by author and SWP member, Paul O’Brien. By 2008, for reasons which I would be happy to discuss with anyone who’s interested, the relationship had entirely degenerated. Though, like most break ups, it was not without its comedy. Read about it here on Harry’s Place and then pause for a moment to think of happier days and listen to this.

Anyway, I responded to Ms Burke thus: “Breege, you always resort to personal attacks. I do think that the system of running their parties which the SWP and SP use is corrupt, yes. This is why this sort of thing happens. It's why the Tommy Sheridan fiasco happened and much more besides. I'd be happy to publicly debate any of these issues with you or any other member of the SWP. You do seem rather exercised by, well, me. In fact you seem to think about me rather more than even I do. And to use language such as "enemies of the revolution" is truly incredible, given all those who've used similar language. These are the same words that would have been used by Madame Mao. Woman up Breege and we'll have a public debate. I reckon we'd gather a crowd.”

I should point out that I have never actually spoken to Breege. Though we have recently been on Galway Pro-Choice demonstrations together, or at least we have been there at the same time. Sadly, based on Ms. Burke’s most recent response, it seems we’re unlikely to talk any time soon: “Anything for publicity, Kevin! I'll hone my debating skills with those who have a serious interest in politics, not with those who have a mere sneering acquaintance. You go and do what you do best, hon; oh, and maybe a bit of poetry while you’re at it”. :-D

Ah well. My invitation, though, to Ms. Burke and her comrades stands.

You can read more about the crisis in the SWP here.
My book Mentioning the War: Essays & Reviews (1999-2011) which, in part, deals with issues like this is available here. It is reviewed in the current issue of The Irish Anarchist Review and was launched in Dublin last June by then Socialist Party T.D. Clare Daly, whose launch speech is available here.