Off to Liverpool: Danny Morrision, Tim Brannigan & Me

I'll be in Liverpool on May 8th for an interesting panel discussion. The even is part of 'Shell Shock' - this year's Writing On The Wall festival.

“Three Irish writers from radical traditions, Danny Morrison, novelist and former publicity director for Sinn Féin, Tim Brannigan, Guardian journalist and author of Where are you really from? and Kevin Higgins, radical poet and author of Time Gentlemen, Please will be exploring how identity, politics and conflict is represented in their work and how their experience has shaped their writing.”

Dublin Launch of The Ghost in the Lobby Next Tuesday Evening 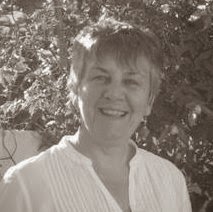 In advance of the launch The Ghost in the Lobby can be purchased direct from the Salmon website.
Posted by Jonathan Swift at 11:39

Take Me Back To Dear Old Blighty: Tottenham & Chichester 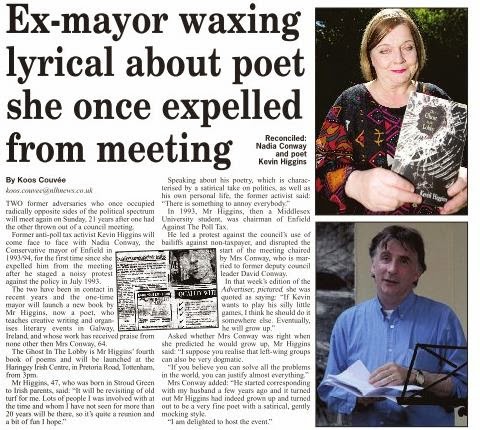 I am away to the U.K. for the next week for the London launch of The Ghost in the Lobby, at which the guest speaker will be former Conservative Mayor of Enfield, Nadia Conway, and then to do a poetry reading in Chichester.

For further details of the Chichester event see here.

The London launch has been covered in both The Enfield Advertiser, The Enfield Independent, and on the controversial UK based political blog Harry's Place.

A fitting moment, perhaps, for this song. 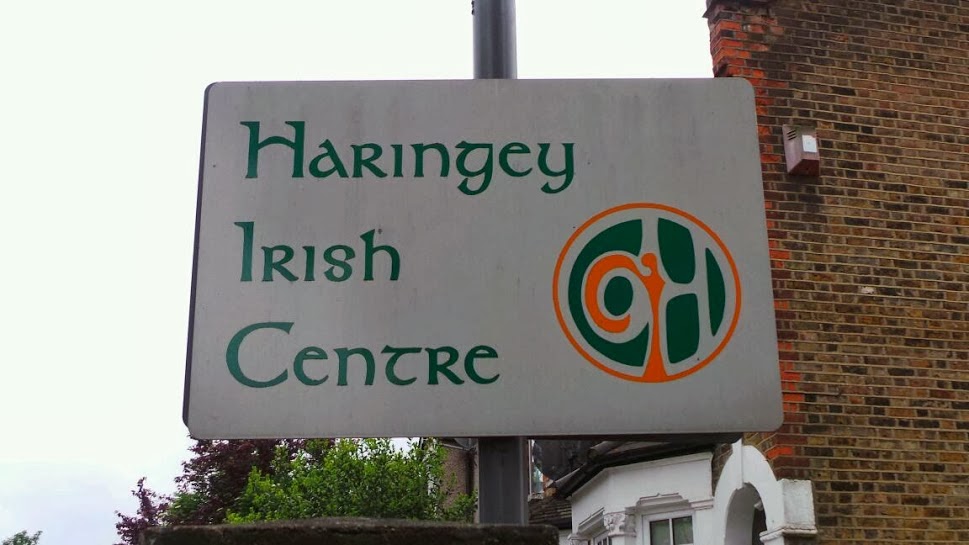 I first ‘met’ Nadia Conway at a meeting of Enfield Council in July 1993 when he was Chairperson of Enfield Against The Poll Tax and she was the Conservative Mayor of Enfield. In protest against Enfield Council’s use of bailiffs against poll tax non-payers I led a small but lively crowd who disrupted the start of a council meeting she was chairing. In that week’s edition of The Enfield Advertiser Nadia Conway (now Nadia Conway MBE) had this to day on the matter:


“If Kevin wants to play his silly little games I think he should do it somewhere else. Eventually, he will grow up. I treat Militant Labour [the predecessor of the Socialist Party of which Kevin was a member] as silly little children.” 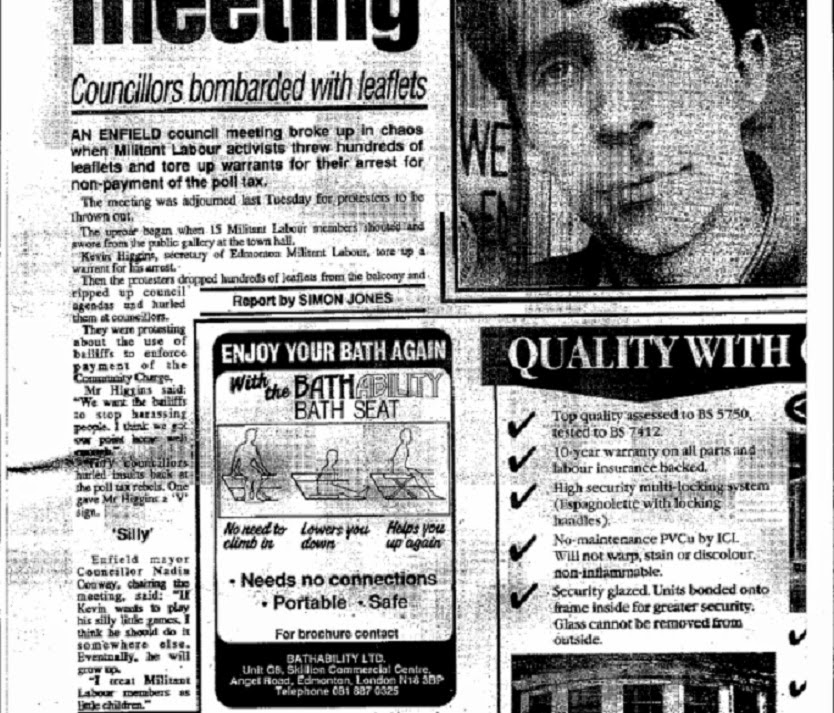 In December of the same year the Council’s Poll Tax Collection Department sought to have me committed to prison for his refusal to pay the tax. This attempt was not successful, and I walked free. In late 1995, having now retired from politics and living back in Galway, Ireland where I grew up, I began writing poetry.

TheGhost in the Lobby, published by Salmon Poetry, is my fourth book and will be launched in London by my former political adversary, Nadia Conway MBE former Mayor of Enfield. 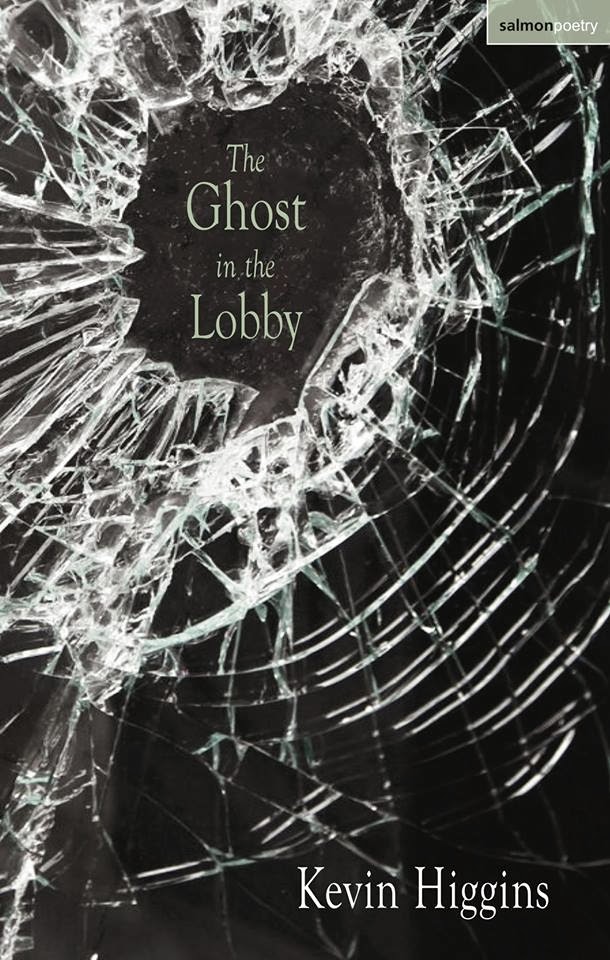 The MC for the event will be the great Sara Byrne
ALL WELCOME
Nadia Conway was born Nadia Büchlerová in Prague, grew up in Slovakia were she was President of the Slovak Communist Youth Movement. In 1968, while Nadia was on holiday in London, the Soviet Union with the support of the other Warsaw Pact countries invaded Czechoslovakia to overthrow the government of reform Communist Alexander Dubcek. Nadia has lived in Britain ever since. In 2009 she was awarded the MBE for services to the National Health Service and the community in North London. 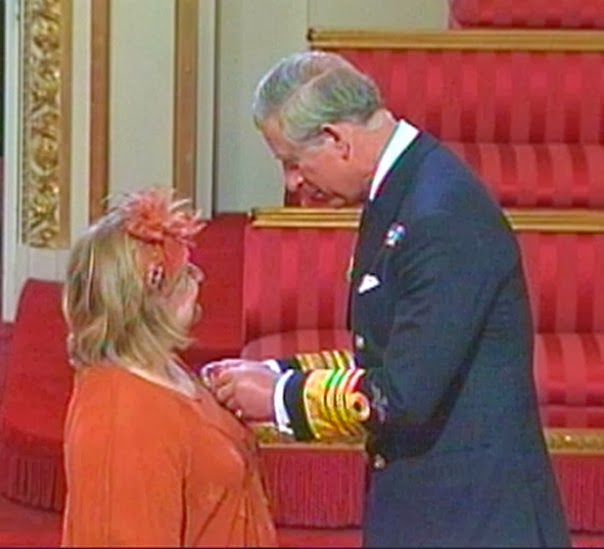 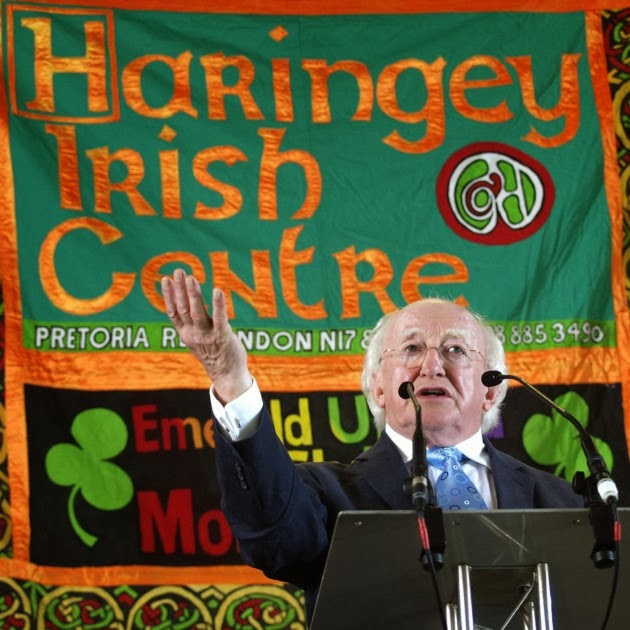 Another Galway Higgins at Haringey Irish Centre
Posted by Jonathan Swift at 13:48

Email ThisBlogThis!Share to TwitterShare to FacebookShare to Pinterest
Labels: Haringey Irish Centre, Nadia Conway, The Ghost In The Lobby

Was It Something I Said? Candidate Dumped By Anti-Austerity Alliance

Anti-Austerity Alliance and the Boob Adjusters 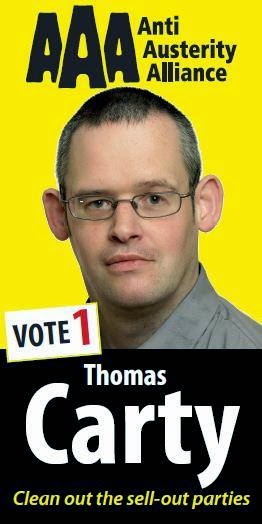 This is Thomas Carty. Thomas is from Tullamore, which isn't his fault. He is also a staunch and vocal opponent of abortion rights, which absolutely is his fault, and makes him a rather odd candidate to be seeking election under the banner of the new Socialist Party front, the Anti-Austerity Alliance. Thomas is a supporter of the Pro Life Socialists group who are, well, certainly complete gobshites if not actual fascists.

Here is an image the 'Pro Life Socialists', who Thomas Carty is happy to associate with, recently posted online. Kitty Holland is the journalist who broke the story of Savita Halappanavar's death in the Autumn of 2012. 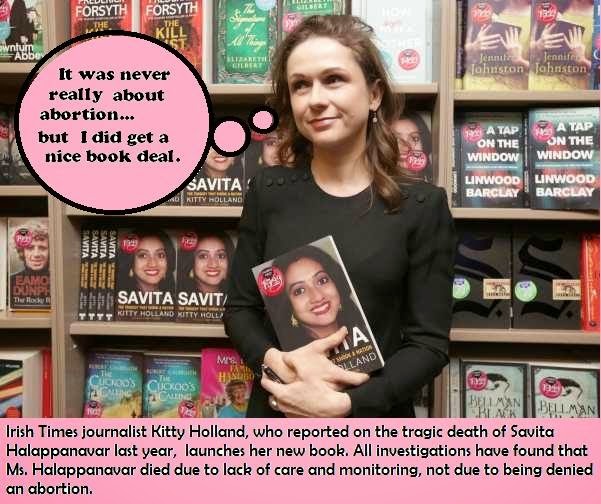 Politically, Thomas Carty is one of the smaller and blunter knives in the drawer; the type of fella who's probably good at shtuffing leaflets through letter boxes into the mouths of angry dogs of various sizes and political persuasions, without getting the tops of his fingers bitten off in the proccess.

But an election candidate, seriously? Questions regarding apparent political contradiction should be addressed to Cllr. Ruth Coppinger, to Joe Higgins TD, and to Paul Murphy MEP who are all urging the people of Tullamore to give Thomas Carty their number one votes.

Thomas Carty is significantly to the right of Offaly Fianna Fail TD Barry Cowen on the issue of abortion rights. Yet Ruth Coppinger, Joe Higgins, and Paul Murphy are all urging the people of Tullamore to vote for him. No, you haven't lost your mind. You did actually read those words.

And there's more: here is a photo election candidate Thomas Carty of the Anti-Austerity Alliance recently shared on Facebook. 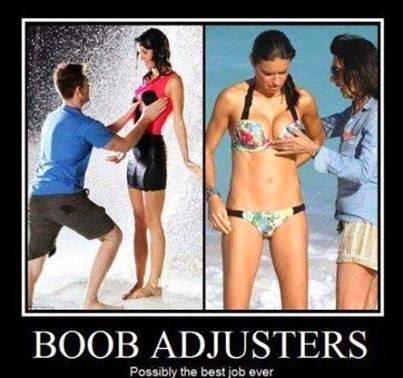 He added his own comment that this was the "job for Carty" i.e. himself, election candidate Thomas Carty. I have no more words.

If you live in Tullamore, remember to vote in the local elections,
because if you don't vote, some peculiar anti-abhortionist might win.

And now a relevant poem from my new collection The Ghost In The Lobby which has its Galway launch tomorrow. 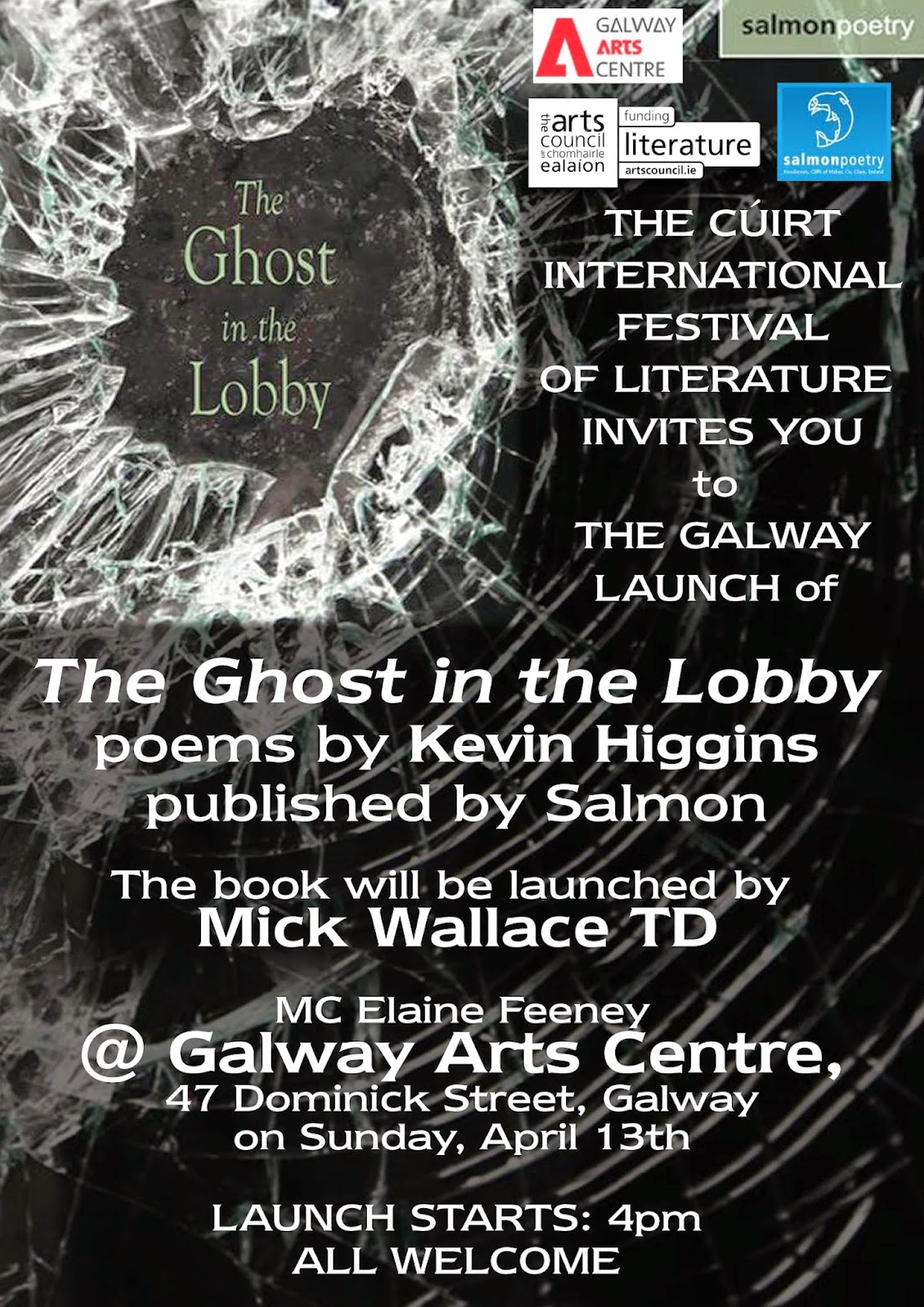 James Martyn Joyce Made Me Do It, Your Honour 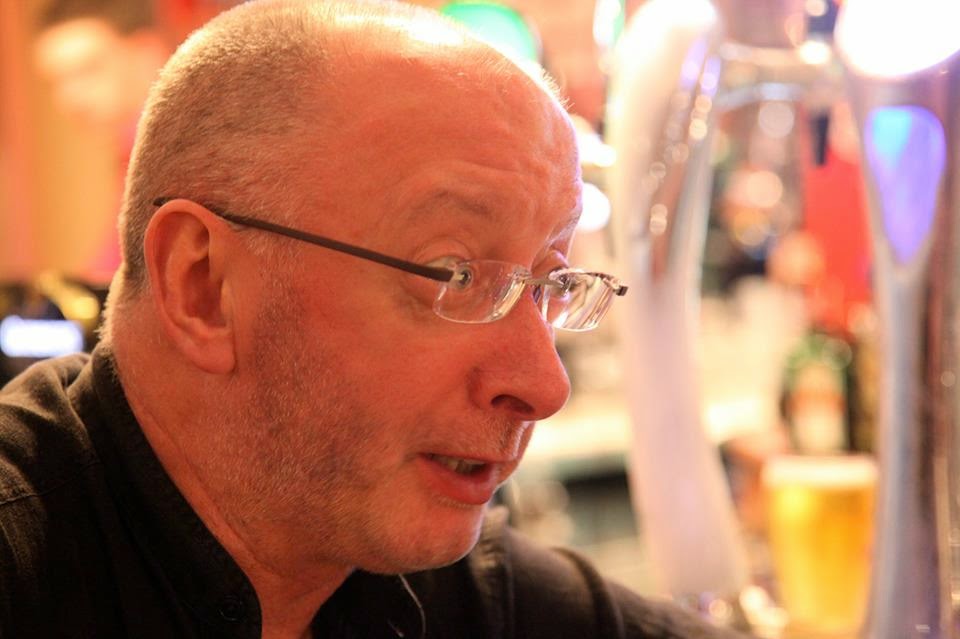 This man's name is James Martyn Joyce. He's to blame for the fact that I have a story titled 'The Silver Lady' in the Noir by Noir-West anthology of dark stories from the West of Ireland, which is just published by Arlen House.

Everything that happens in my story is the fault of James Martyn Joyce; he made me do it, your honour.

The story is set in the always lively late night drinking establishment that was The Silver Lady in the leafy London suburb of Tottenham. The main character is, surprisingly enough, from the West of Ireland.

Readers can rest assured that no policemen or pornographic magazines were harmed during the writing of this story. 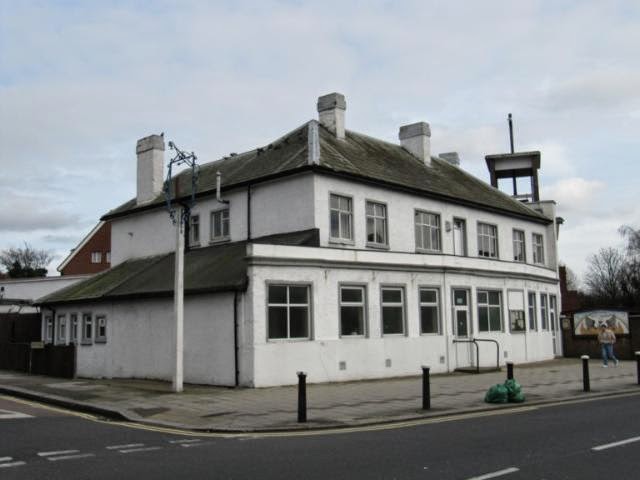 Tottenham on a particularly warm evening in August 2011
Posted by Jonathan Swift at 06:20

Poem in The Irish Examiner: Surprised by Joy

I was happy to discover that I had a poem, 'Surprised By Joy (whatever her name is)' in The Irish Examiner on April 1st.
Posted by Jonathan Swift at 05:55

Me wearing white trainers in The Galway Advertiser 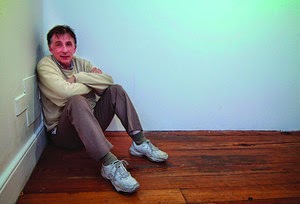 Here I am wearing white trainers in this week's Galway Advertiser. You can read the accompanying interview here.

I'm hoping that this look will become the fashion craze of 2014.
Posted by Jonathan Swift at 14:14

Email ThisBlogThis!Share to TwitterShare to FacebookShare to Pinterest
Labels: Galway Advertiser, The Ghost In The Lobby

Big, sloppy kisses to the folks over at Politics.ie for the work they've been doing to promote the Galway launch my new poetry collection at next week's Cúirt Festival. See here.

Online cranks, you've got to love them.

That way, the people at Politics.ie could spend every waking hour between now and 4pm on Sunday April 13th getting themselves all hot and sweaty promoting the Cúirt launch of The Ghost in the Lobby to which you are, of course, all invited.
Posted by Jonathan Swift at 06:49